The festivals and ceremonies of Bali

Ceremony and tradition are woven into the very fabric of daily life in Bali, with island life being full of vibrancy and colour. The festivals and ceremonies of Bali offer a uniue insight into the life of the island and the people who live here.

It seems like almost every day there is a ceremony or occasion happening, with people out in the streets or collecting at the temples. Quite often even the streets themselves change with decorations put up marking significant moments or dates in the Balinese calendar

More than 90% of Balinese are Hindu, with the religion being brought to Bali by traders between 1.000 and 1.500 years ago.

Balinese Hinduism differs to Hinduism in other parts of the world, such as in India.

Hinduism here is a mix of Indian style practice and observance along with influences from Buddhism, reverence of dead ancestors and Animistic beliefs.

Time is of course measured for everyday using the international Gregorian calendar.

But Bali also has a traditional religious calendar that is used to measure time and mark significant dates.

In fact, there are two.

The Pawukon is a 210-day calendar that has its origins in the Hindu religion in Bali. The calendar consists of 10 different concurrent weeks of days that start at one day long, and at the end of the cycle are 10 days long. More about the caladar here.

The Sashi (or Saka), which is a lunar calendar, is based on a year consisting of 12 lunar months where each month starts on the day which follows the new moon

The calendar is 78 years behind the Gregorian calendar and is calculated from the beginning of the Saka Era in India. It is used alongside the 210-day Balinese pawukon calendar, You can find out more abot the calander here.

The Day of Silence, which marks the start of the Saka year.

It’s believed that once a year the worlds draw closer together, and on this auspicious day they are close enough that demons can see the world of men (and women)

These amazing statues are paraded through the streets, an occasion of considerable noise and colour open for anyone to witness.

For the actual day the reverse is true, in that Bali goes silent.

This is the day the veil is lifted, and real demons roam the skies.

Total silence is needed in order not to attract their attention, and to make sure this happens Bali essentially stops.

Everything is closed, shops, restaurants, even the international airport shuts down. For 24 hours whilst the demons supposedly fly high above the island everything is silent and everyone has to stay indoors.

Even the lights go out across the island.

It’s thought that if a demon sees something attractive that can be possessed, they will fly down and take control.

And what could be more attractive to a demon than an Ogoh Ogoh?

The Ogoh Ogoh are then burnt, and if they have a demon residing inside then, well, no more demon…

An amazing time of year to experience

Galungan is a Balinese holiday celebrating the victory of dharma (order / good) over adharma (disorder / evil). It marks the time when the ancestral spirits visit the Earth. The last day of the celebration is Kuningan, when they return.

It’s a time of the year when all the streets are decorated with the traditional Penjor. These highly decorated bamboo poles are everywhere and are truly spectacular to see.

The circle of life

Balinese babies are considered too holy to touch the earth, so for their first 105 days of life they are carried everywhere, their feet not being allowed to touch the ground.

An important Hindu Balinese rite of passage is tooth filing, or metatah. This ceremony is for coming of age, and every child who has reached adolescence is obliged to carry out this ritual. For girls it is when they get their first menstruation, and for boys it is when the voice starts to change.

The ritual involves filing down of the canine teeth, which the Balinese believe to be an animalistic feature.

Without having the teeth filed it is believed that a person may be denied entrance into heaven because they can be mistaken as an animals.

Teeth are also filed to control evil human characteristics, called Sad Ripu that are present in every person. These characteristics can lead to unhappiness in life: greed, lust, anger, confusion, stupidity, jealousy, ill-will and intoxication by either passion or drunkenness.

In the actual tooth-filing, the tips of the top front six teeth are filed crosswise so that the teeth are made even.

In Bali, a wedding celebration lasts up to three full days, and consist of three main ceremonies. In their eyes, a wedding is beyond vital. When two Balinese people marry, they don’t only marry each other, they also make a relationship with the whole extended family. This is especially important for the bride; she will move in to her husband’s family after they marry, in Balinese there is a saying which means: “once you marry your partner, you’ve married his family as well.”

A large part of the proceedings are held in private homes, and you’ll often see smaller roads completely blocked with chairs and awnings where participants sit and socialise during the day.

Lastly, it’s worth mentioning funerals, as processions along the streets can so often be seen. Rather than sombre occasions the Balinese treat them as an opportunity to celebrate the release the soul of the parted to God.

Often lavish (and certainly very expensive) the processions can often involve hundreds of people if the deceased was a person of standing within their community. Roads are blocked off, often including some quite major byways, so that the business of sending off the soul can be properly conducted.

Summary – The festivals and ceremonies of Bali

Bali is a deeply spiritual place, with every aspect of life governed by ceremony, tradition and practice.

This cycle of observance, deeply rooted in everyday life, lends Bali a vibrancy and dynamism which, as an observer, is fascinating and beautiful to witness. The festivals and ceremonies of Bali are all around and ongoing.

If you’d like to know more about spending time here, short or long term, then just get in touch, I’d love to hear from you. 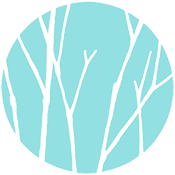 Join our mailing list to receive the latest news and updates, and receive a free guide to the 10 top reasons for living in Bali.

You have Successfully Subscribed!

Please have a read of our articles and get in touch, we would love to hear from you.. 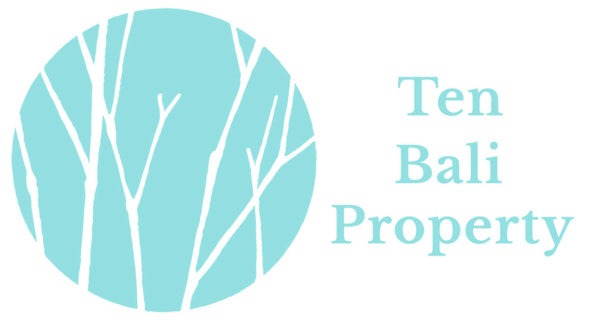 Join our mailing list to receive the latest news and updates from our team, along with a free downloadable top 10 reasons why you should consider living in Bali, the paradise island of the Gods.

You have Successfully Subscribed!